I’d heard a rumor on RIBIKE that there were sharrows on the way to our little state. And now, what is that I see in the distance? 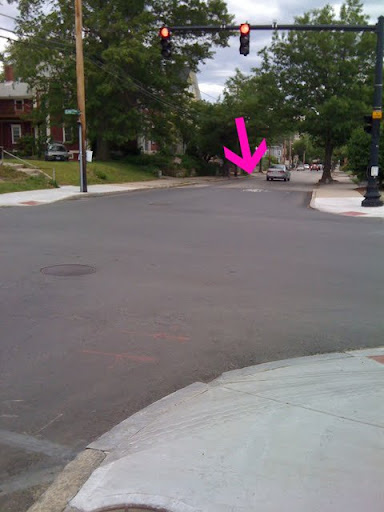 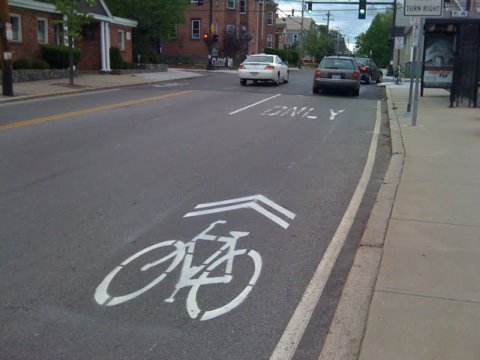 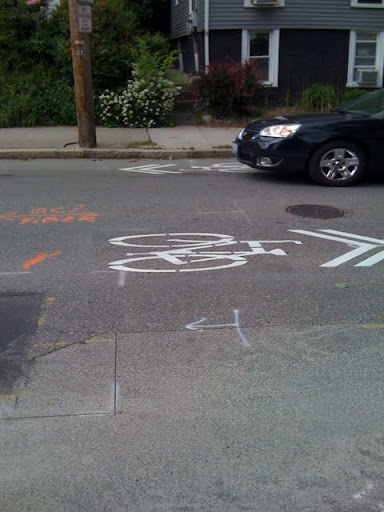 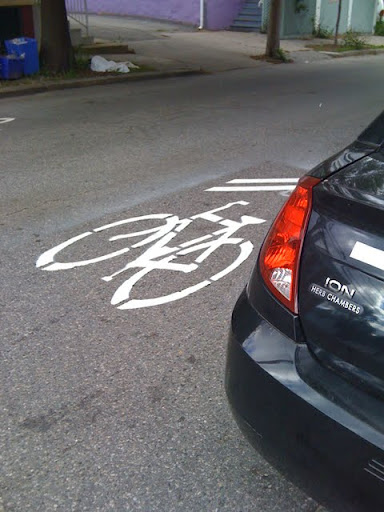 For the uninitiated (that is to say, anyone who doesn’t spend all of their time thinking about bike infrastructure), “sharrow” is short for “shared lane marking arrow” (or something like that). These are used to indicate that an area of the street is appropriate for bicycles to use, but it is not a bike lane per se, so cars can use that area too. When I look at the symbol, it makes perfect sense to me, but as I said, I spend too many of my waking hours thinking about bike infrastructure. So, does the average Rhode Island driver know what is meant by this strange new symbol on the pavement? Since the average RI driver doesn’t seem to know what is meant by a 4-way Stop sign (or a No Turn On Red, No U-Turn, 25 MPH, One-Way sign) my guess is that they won’t really understand what these sharrows mean.

Still, I’m very happy to see the sharrows and I look forward to the day when I can have a reasonable, informative discussion with a motorist about what these strange marking symbolize.