Put a cone on it…. the Chicago way

I’ve previously documented the Providence phenomenon of “putting a cone on it.” Much like the hip crafters of Portlandia like to put a bird on most anything in order to make it more fun, the city of Providence likes to put a cone on anything that could be hazardous but they don’t have enough money to fix yet. This is usually a pothole. Eventually the pothole gets too big for a cone, and so they resort to the super-sized version: 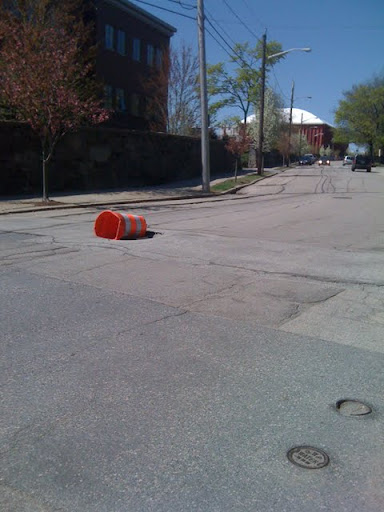 They stick a barrel in it.

A reader recently tipped me off that Chicago has done us one better. Sure they’ll put a cone on it just like we do… 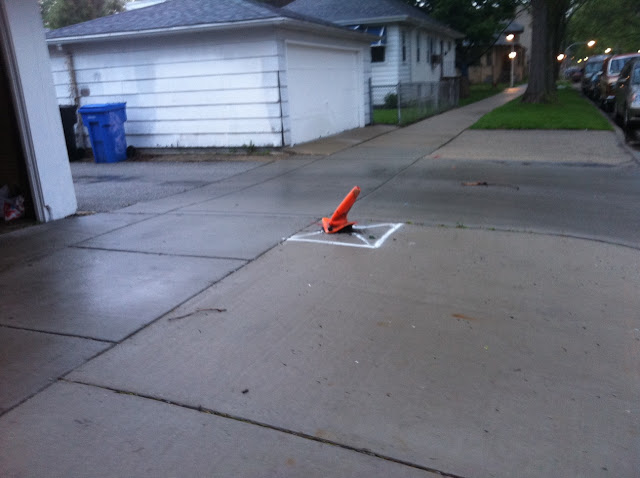 But if it involves covering up a hole where there used to be a lightpost, they put a cone on it, then they bolt that cone to the ground! 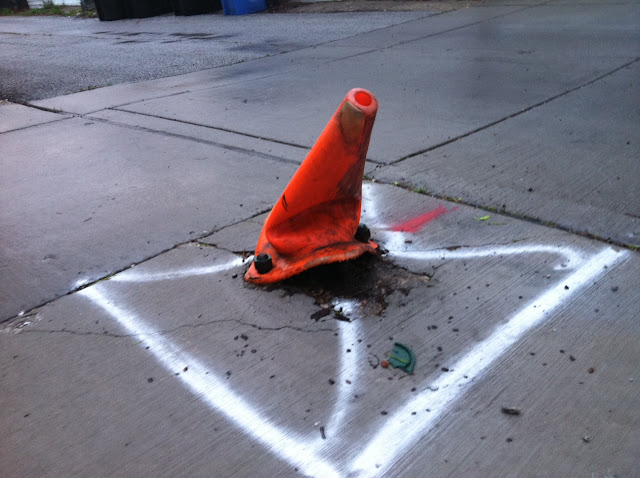 This entry was posted in Cones & Barrels and tagged barrel, cone, put a cone on it. Bookmark the permalink.

7 responses to “Put a cone on it…. the Chicago way”