On The Street with CarFreePVD

Sometimes I wish I was Bill Cunningham, flitting about the streets of New York snapping pictures of the fashionably dressed with my SLR. Instead, I’m a schlub in a sling, riding the bus through Providence, furtively taking pictures with my iPhone camera. (My 2-year-old iPhone camera. Can you imagine?) And instead of taking pictures of the fashionable, I take pictures of cars and bikes in various stages of parking. Exciting, no? It can be exciting if I pretend that I’m a National Geographic photographer, attempting to capture rare animals in their natural environments: 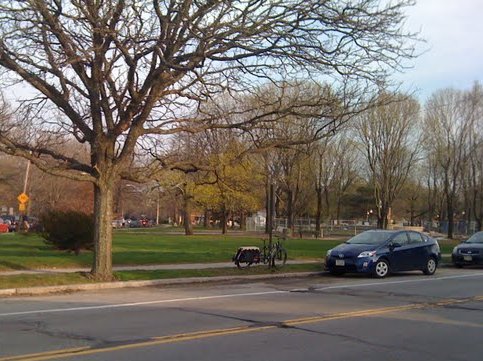 Shhhh. Be very quiet, we’re approaching a Surly Big Dummy rarely seen in the wild – gently nuzzling a no parking sign. It has locked eyes with a Prius and seems to be in some sort of staring contest in order to determine who is more smug.

Riding the bus can lead to an action shot… 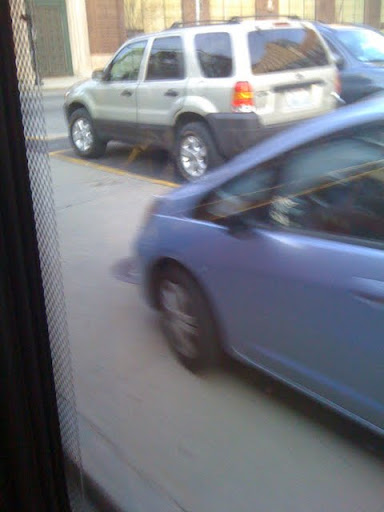 … like with this picture of a Honda Fit parked on the sidewalk across the street from the west entrance to the East Side tunnel (taken from the window of a RIPTA bus). Other pictures are less action-packed: 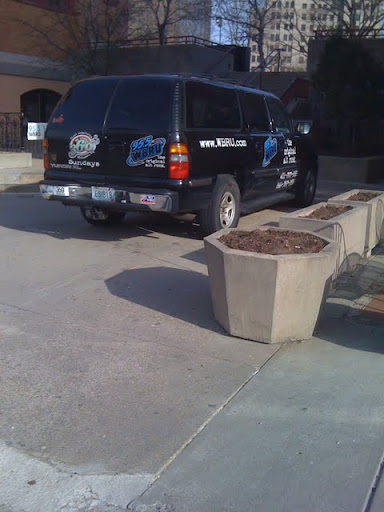 I’m not sure why the BRU Crew was parked here, but I won’t complain too much because it’s more of a walkway adjacent to a parking lot than an actual sidewalk… not as bad as say… parking on the sidewalk in the middle of a downtown square every day. 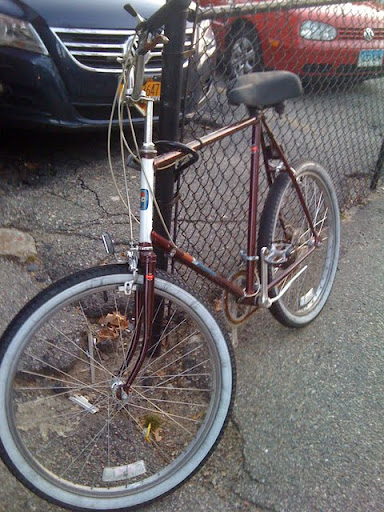 I tried shots from several angles, but I was unable to capture the extreme ungainliness of this bike. It’s just oddly proportioned and those BMX-style handlebars aren’t helping. 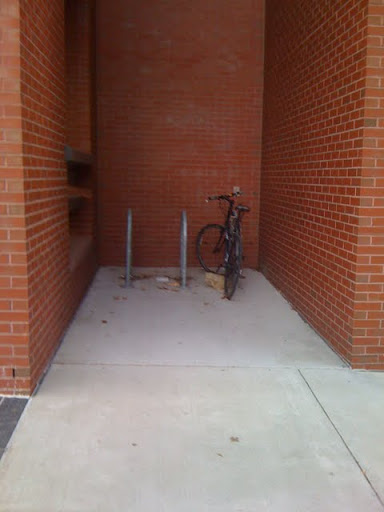 Hidden bike parking at Brown. It doesn’t seem like a good idea to park a bike here. Looks like plenty of coverage for someone who wants to steal something (not that bike thieves require much coverage).

Not spotted on the street, but discovered on craigslist, this Track-tacular Orange Masi: 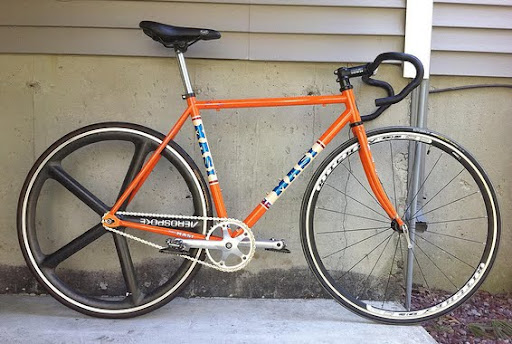 Looks like you’ll have to provide your own Aerospoke if you want the same look. It’s probably best that the rims aren’t included since this guy evidently doesn’t know how to close a QR skewer: 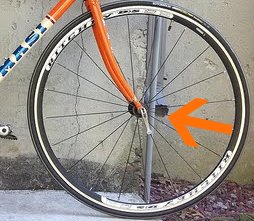 Sometimes, my camera is not enough and I have to rely on my network of sources.  Andrew of Troy Bike Rescue spotted this on the streets of Troy, NY. 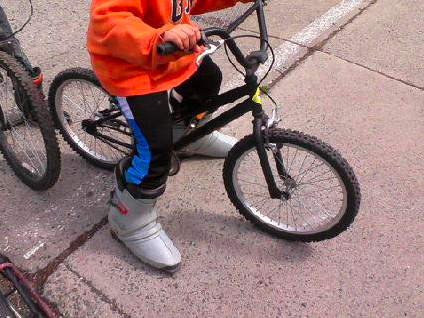 It seems like the new LOOK pedal system is starting to trickle down to the BMX market.